The Masters Unleashed series by Sparrow Beckett (Leia Shaw and Sorcha Black) is now available from Penguin Books. This series is also available to play on the Chapters Interactive Stories app! 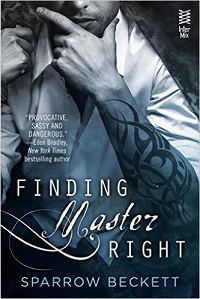 Dominant, crop-wielding men are all Kate dreams about, but how far is she willing to go?

Kate wants a man who will take charge—she just needs to find the right guy. Fortunately, her friend is throwing a kinky Halloween party with a guest list loaded with sexy, available men. That’s where she meets Banner.

Dark and intense, Banner’s not just a Dominant, he’s a Master looking for a slave. Kate isn’t interested in something that extreme, but when he offers to help her find the perfect Dom, while training her to be a flawless submissive, she’s glad to have a matchmaker and protector.

Banner knows they’re not compatible, yet something about Kate is impossible to resist. Once he finds her the right Dom, will he be able let her go?

Known as a brat in the kink community, Everly can intimidate even the most experienced Dom. Then she meets Ambrose, a dominant who finds her ways amusing. Not only does he charm the pants off her, he makes her crave his mastery.

After being abandoned by his submissive, Ambrose has avoided any serious connections—until he meets Everly, who refuses to be ignored. But just when he thinks he’s found the perfect sub, he finds out she’s an anti-poverty activist with harsh opinions about the rich. Telling her he’s wealthy will ruin everything, but he can’t collar her with a huge lie hanging over them.

Will the best thing that’s ever happened to him walk away when she finds out the truth? 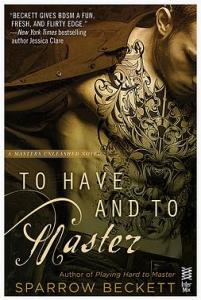 To Have and to Master – Book 3

Konstantin, a powerful Dominant, is used to fast living and wanton submissives. But after years of his grandmother haranguing him to marry, he agrees to meet a girl from her rural Russian village. Naturally submissive, Varushka turns out to be everything Konstantin wants in a woman.

At first her innocence is disturbing, but her enthusiasm for life captivates him. When their relationship becomes a mutual seduction, Konstantin introduces Varushka to wicked pleasures she never imagined. His attentive care wins her absolute devotion. However, when Varushka’s father finds out about Konstantin’s past, he whisks her back home to Russia.

Will Konstantin fight to reclaim her, or will his guilt convince him to relinquish the only woman he’s ever loved? 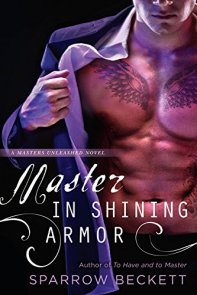 Will doesn’t want a needy submissive he has to treat with kid gloves, but naïve and proper Juliet is too hard to resist. She responds to him beautifully, but after one scorching night, she runs scared. Before he can figure out what makes the interesting girl tick, an unexpected shock shows up on his doorstep.

Grant Ellis, co-owner of the exclusive Catacombs club, can’t stand Arabella Dexter…his own best friend. One scorching night shouldn’t have made things weird between them, but it changed everything. Who knew there were lines friends can’t uncross? Now, no one gets under his skin and drives him wild quite like Dex. Since she refuses to wear his collar, he can only mask his desire with sarcasm and antagonism.

Dex has had it up to here with Grant. He’s a bossy, domineering jerk, and the sexiest man she’s ever been with. Even so, she’s done with collars and the nonsense that comes with commitments. When he extends an olive branch and invites her to visit his new resort on a remote island in Canada, it’s a chance to get their friendship back on track.

Alone in the wilderness for a week, they explore Grant’s investment and the boundaries of their relationship. Some bonfires can’t be contained.